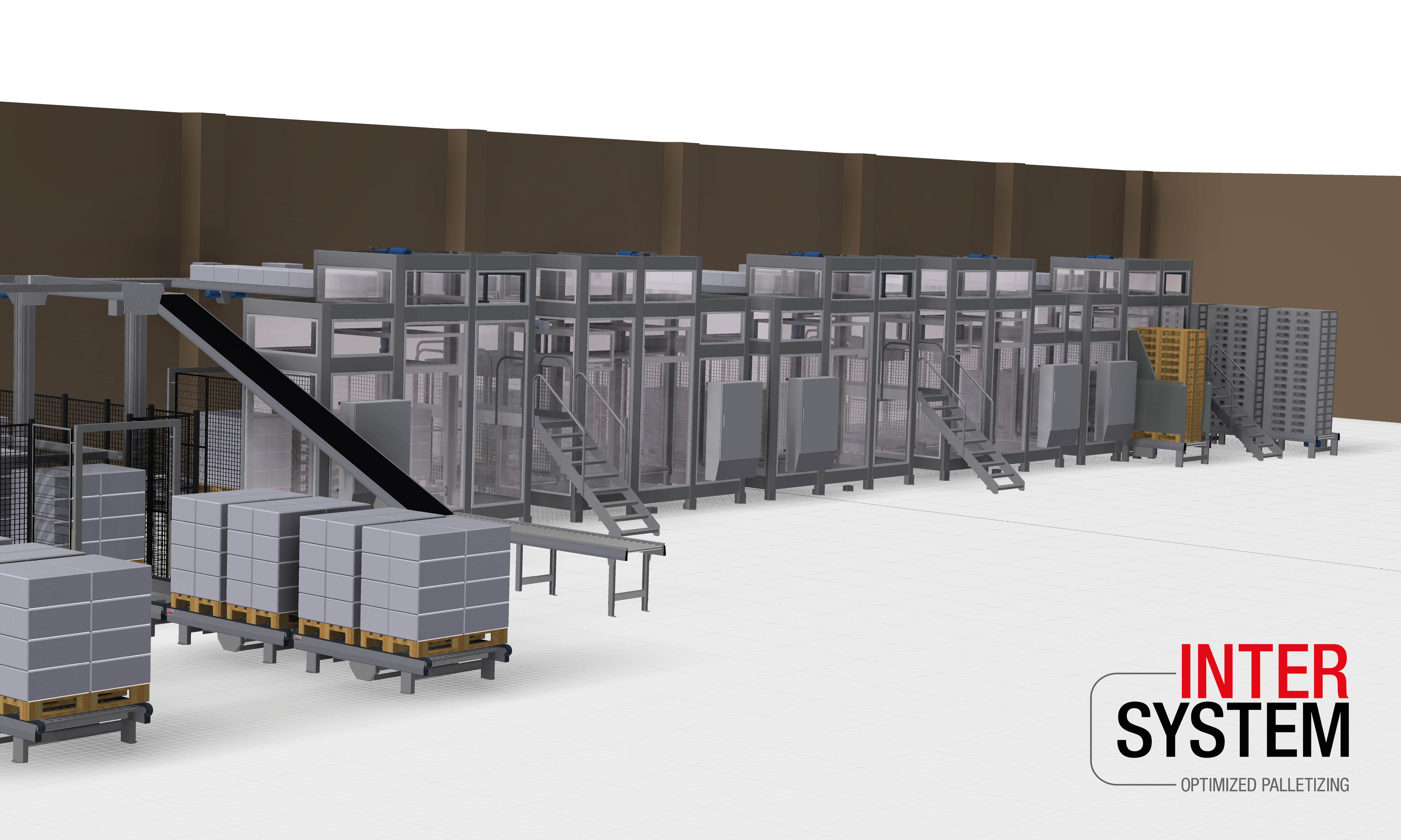 Orkla Confectionery & Snacks is investing in a new palletizing system for its snack facility in Filipstad, Sweden. InterSystem has won the order and the project concerns palletizing for a total of 10 production lines. The new system will replace older equipment and provide full flexibility where all production lines can go to all palletizing lines. As usual with InterSystem palletizers, the changeover between different formats is done with a few clicks on the HMI-panel without any manual adjustments.

The delivery includes 5 multi palletizers, each of which handles 2 lines. The boxes from the production are mixed on a main conveyor where the bar code is scanned and sorted into the respective palletizing line. The boxes are placed on pallets which are then transported further for stretch wrapping. The current delivery will be installed in the spring of 2021 and be ready for full production well in advance of the summer.

Erik Johnsson is the CEO of InterSystem.

“Over the years, we have supplied 55 palletizers to Orkla, directly or to companies that later have become part of Orkla. However, this order is the first to their factory in Filipstad, which we are extra happy about.”

InterSystem was founded in 1989 and has since the start been focusing on providing the market with reliable and space-efficient palletizers. The company delivers about 60-70% of its machines for export, mainly within Europe.