InterSystem have now produced 700 palletizers since the start in 1989. The anniversary machine is sold to Leksands Knäckebröd in Sweden and is a palletizer that can handle two different product flows at the same time, a so-called multi-machine. It is Leksand’s first palletizer from InterSystem and is part of an expansion project with new packaging lines.

Leksands Knäckebröd is a family business with a long history that began as early as 1817. They bake with high-quality Swedish ingredients, which has made them a tradition on many dining tables for a long time. 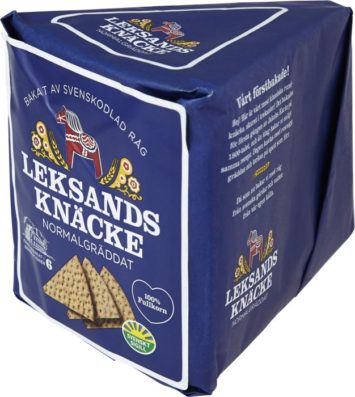 “Leksands Knäckebröd is in a phase with large investments that means a significantly higher degree of automation. We see the collaboration with Intersystem, which delivers systems for internal transport and palletizing, as an important part of this project.”

The current palletizer handles two different pallet formats where the machine chooses which pallet type to run for each product. The equipment is connected to the existing system where the finished pallets are automatically transported for stretch filming and marking after palletizing.

Erik Johnsson is the CEO of InterSystem,

“We want to thank Leksand for the trust and look forward to delivering our first machine to them. InterSystem continues its journey and is constantly evolving. In 2022, we will install about 50 new palletizers and it is thanks to many returning customers that this is possible.”