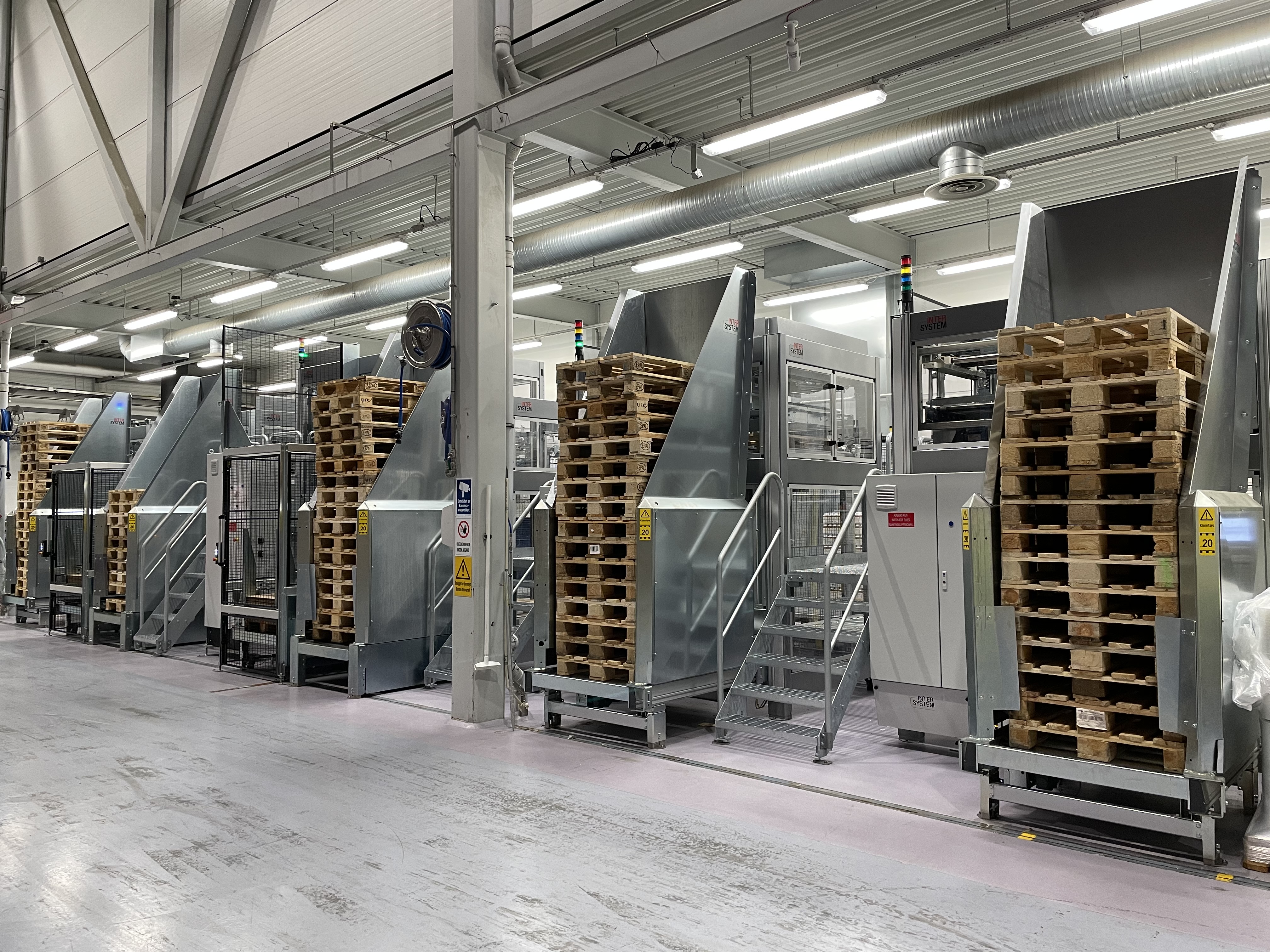 Norwegian TINE has upgraded its central palletizing at its dairy in Brumunddal. The previous equipment consisted of three robots handling two lines each. In three steps and on the same area, InterSystem has over the past year installed new palletizers for six production lines. In each step, a robot has been removed and replaced with new equipment, which also included new pallet and product conveyors. The installation took place during a short time-window when production was stopped, which meant that the work was carried out non-stop with work teams for both day and night.

At TINE, Ola Brånås has been responsible for the project, this is how he comments on the implementation.

«In every step we had a tight progress plan with approx. 120 hours were available for:

Because of a close collaboration between TINE’s own people and Intersystem’s technicians, the installation were completed according to plan. On Sunday evening, we were able to start up the production with minimal start-up problems.

The project has made cleaning and maintenance more easy without affecting production.

The cooperation with Intersystem has been excellent. Through all 3 steps of the project, Intersystem has appeared to be solution-oriented and we have received a modern palletizing system that we can live with for many years.»

InterSystem was founded in 1989 and since then has supplied more than 120 palletizers to the Norwegian market. The equipment is built and tested in southern Sweden and in total the company has installed around 750 machines of which 65-70% are exported outside of Sweden. The projects are always carried out with a strong focus on the customer, which is reflected in a large number of returning customers.

Jan Haugen is InterSystems’ representative in Norway and has been responsible for the project in Brumunddal.

“We at Intersystem are proud to have been commissioned with the new palletizing system at Tine Brumunddal. A big thanks to Tine’s people in Brumunddal for good cooperation, which made it possible to assemble and start up the new equipment in such a short time.» 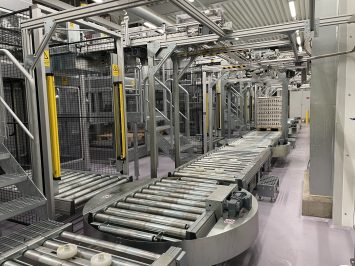